Below are some frequently asked questions about my experience with my letter.

Why did you decide to write your letter?

I wrote the letter because of my daughter; I know that one day she will be grow up and not be the little three year old she is now.  I began to think about what I wanted to tell her (and thus all girls) about her self-worth and self-esteem and self-pride.  I wanted her to know that she is who she was created to be.  Secondly, I wanted a multi-billion dollar company to know that targeting a younger demographic either directly or indirectly was wrong.  Women are not things or objects to be used to sell fancy underwear.  The letter came out of a desire to instill in my daughter that love and care and acceptance should not be based on articles of clothing.

What do you want Victoria’s Secret to do?

I want VS to change their marketing practices.  Their marketing campaigns are aimed toward a younger demographic, on top of that they are objectifying women.  Once again VS is setting a standard of sexuality and beauty that is unattainable for most girls.  I believe this is a conversation that is no limited to VS but all marketers that hypersexualize women in order to make a buck.  Let’s keep the conversation going.

Has Victoria’s Secret contacted you directly?

No.  Sadly, they have not.  This has been one of the most frustrating things of this whole process.  I hope that they do; by doing so they will respond to millions of people who want their voice to be heard.

Interviews and Articles Regarding the Letter to Victoria’s Secret 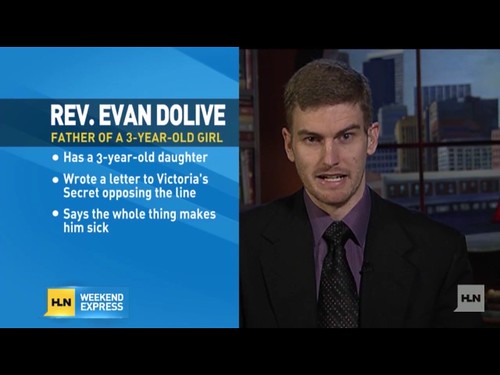 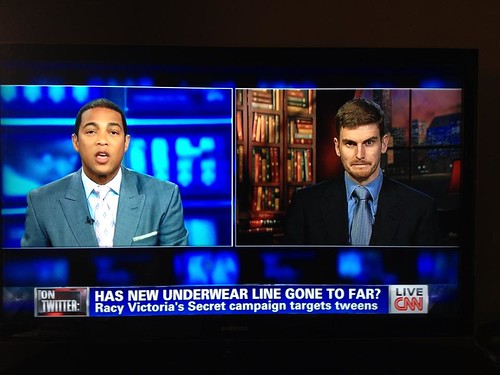 I may not have daughters but my sons w/1 day marry some1's daughters. Thx @RevEvanDolive 4 this post wp.me/p2eER2-kQ @VictoriasSecret

@revevandolive I want my daughter to have the choices, education and life my mother did not have the opportunity to have.

Women & girls r worth more than this! #exploitation -A Letter to Victoria's Secret From a Father wp.me/p2eER2-kQ via @RevEvanDolive

Thanks to Brenda, the author of I’m Confident Blog, for nominating me for “The WordPress Family Award”; Learn more it by clicking here